Martin led DVCon’s expansion into Europe with the addition of DVCon Europe in 2014. He served as General Chair of the new conference for the first two years and will serve again this year. Under his guidance, DVCon Europe has become recognized by the industry as a must-attend technical conference focused on system-level and mixed-signal design and verification. He also helped to launch SystemC Evolution Day in Munich in 2016. The event is now co-located with DVCon Europe 2018.

The award was presented at the 2018 Design Automation Conference (DAC) during the Accellera breakfast. 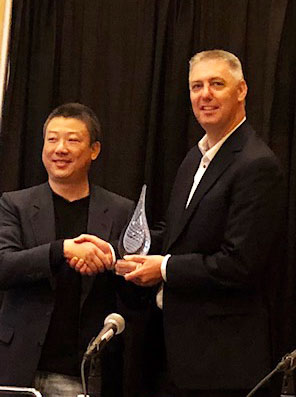